Back again.  Before I get going, check out the WeWriWa & Snippet Sunday pages for more shared book bits from many talented authors.

OK, some Tau Scorpii coming up.  I have’t got much new stuff, as Real Life is being cranky at me right now.  Next week might be more stable, but I’m not holding my breath.  I will be moving, sometime soon.  Well, this year.  Find a house out here in the middle of nowhere, I dare ya!

Taryn, Garrett, and Asher are discussing the finer points of their current dilemma, that the season is changing.  Asher’s knowledge could save them.  It might also tear the remaining clans apart.

“As a species, we are under the impression, all the human cities here arrived at the same time, and are from the same era. Both of those ideas are wrong. The first cities from SolTerra did appear about a hundred years ago, but others were far later. I was six or seven, when it happened, less than thirty years ago,” Asher said.

“You said something once, about how odd it was still, seeing two stars in the sky, and I didn’t catch what you meant by it,” Taryn recalled. “All this time, telling me the stories we’d heard were just that – stories. Denying SolTerra was even real.”

“The memories of a mere child would be more valuable than water.  There would be hoards of warriors heading out across the southern desert, thinking they could find these cities, or my clan.”

Hopefully, I’ll get some words done this week.  It’s all plotted out in my brain, I just need to type it out & add the juicy details.

Also, I’m thinking of doing a box set of The Wildblood a bit later in the year.  There will be bonus content.  Details later.  Follow the graphics link to my site, if you’re interested in any of the series.  Thanks for reading. 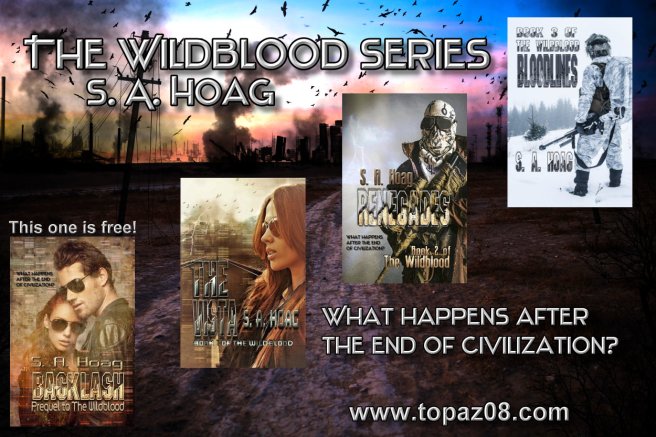